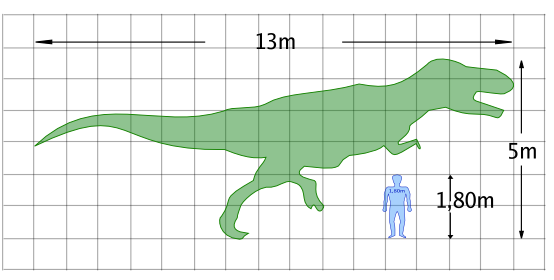 The Biology of B-Movie Monsters

Wow, this is a heck of an article by Michael C. LaBarbera, professor in Organismal Biology & Anatomy at the University of Chicago. It’s a layman-friendly grand tour of how size and scaling work in reality, and what that means for B-movie creatures – and by extension, game-table monsters. Scaling of area vs mass and its relevant effects on cooling, terminal velocity, metabolism, and so on; mass and falling damage; mechanical difficulties posed by huge size; and much more – it’s all there.

Most of the article’s topics are covered from the gaming perspective in GULLIVER, in one or both of its 3e/4e versions, as well as Gaming Notes: Playing Giants in any Game System. And I have to say, humility aside, that my texts nicely arrive at the effects and results discussed in the article. (Don’t credit me; give thanks to the experts whose works I consulted for the project.)

The article touches on a few topics not covered in depth by my stuff. One is ultra-small size (a la Fantastic Voyage); I’ll also give a tip o’ the hat to GURPS Powers for extrapolating on some tricks that super-tiny characters can pull off. Elsewhere in the article is more discussion of huge creatures’ problems with internal pressure in vertical columns, dinosaur posture, age-related proportions, and the limitations of exoskeletons.

On that latter topic, the text points out the unusual weakness of arthropod exoskeletons in resistance to buckling under external impacts, and in supporting weight at the joints. In game terms, I suggest:

DR makes an exoskeleton a nice thing to have, but like anything, it’s not without its drawbacks!

Well, come on, we gamers already knew that! Which is to say, even when the scientists ponder whether T Rex might have been a slow, ponderous carrion-eater, we with the dice always made sure to let the dinos gain on the PCs’ Time Bikes with scary speed.

What you want from this article in GURPS terms is this: According to some scientists’ recent best estimates from computer models, Move scores for a few dinosaurs are as follows:

For what it’s worth, GULLIVER for 3e’s T Rex “model” came up with Move 13, though that included a deliberate attempt to keep Move high by pushing the weight support (Extra Encumbrance) a bit beyond reasonable levels. (See an update on the topic: Designing dinosaurs just got easier?)

Dragon lizards who were born to run have a design fault

An interesting short piece on lizards which run on two legs. What’s cool: the two-legged run is not necessarily an advantage in itself; it’s the byproduct of a center of gravity moved away from the front of the lizard, closer back to the hind legs. That center of gravity is an advantage that allows high maneuverability, but creates the side-effect that the lizard finds it hard to keep its front legs on the ground when running, even if it wanted to.

In other words, as the article nicely points out: like a too-fast motor-bike, the lizard pops a wheelie. Really.

Game terms? Uh, not much, other than the suggestion that a two-legged running stance can go well with a fast Move and high maneuverability. Then again, so can four-legged running. Running on two legs is really a special effect – but one that’s worth it just so you can describe a creature as so fast it pops a wheelie.