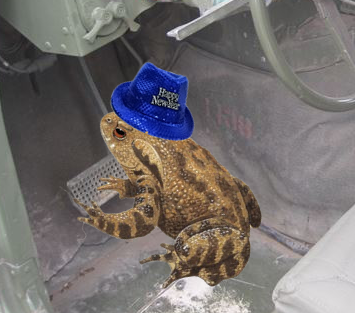 I’m writing this for my own amusement (having resolved long ago to write down remembered dreams in the morning, but almost never doing so). I’m posting it here as a bit of gaming comes into the story. (Barely. Don’t expect much.)

It happened after perusing Dungeon Fantasy Roleplaying Game books before sleeping. Hmm, if I do that more often, maybe I’ll have some proper gaming dreams – say, a dream of me as a PC, descending into a dungeon. (That’d be worth writing about!) Or more realistically, maybe a dream of prepping for a convention session, and heading into the room to GM for a crowd of excited players.

(Of course, given how dreams work, I’d march boldly into the packed hall only to find I’ve got books in one hand, dice in the other hand, and not a stitch on.)

Anyway. This is not required reading, and there will be no test. Read along if you’re bored.

So in this dream, I’m walking through a narrow busy street, apparently going home. I pass two young ladies going the other way, and a couple of vehicles stopped for a light. The second vehicle makes me do a double take. It’s a jeep-like thing, smallish, maybe a large type of golf cart-based vehicle. But no one’s in it, just a big fat toad, like a big cane toad (a couple of days ago I was reading about Australia’s troubles with these). He’s sitting on the floor in front of the driver’s seat, partly on the accelerator (actually on the brake pedal in the center, but in this dream it’s the accelerator). He seems to be revving the engine, and I swear he gives me a sly look like “Yep, I’m a-drivin’ this.” (He may also be wearing a little hat and vest, possibly a New Year’s Eve costume kind of thing in sparkly dark blue sequins, but I’m not sure.) Needless to say, there’s no way he could possibly see outside the vehicle from down there, much less steer it.

I stop, and look at the young ladies like “Do you see that?”, but the light changes and the toad-mobile takes off. I lunge for it, not thinking about how that’s going to stop a car, but it doesn’t matter; I’m too slow and my fingers just miss some sort of wire railing that goes around the vehicle bed. The toad drives several meters, then – no surprise – veers to the left and crashes into a tiny patio-like area with small outdoor tables and chairs.

Somewhat unbelieving, I ask the young ladies what just happened, but one gets upset, starts crying, and it’s clear she thinks I’m talking about something else and she didn’t see the toad (though I feel certain she did). I walk up small steps leading back and upward to a restaurant behind the crash site. (I don’t check to see whether the toad is still there and unharmed.) A restaurant guy asks how many in my party; I say, “No, I need to tell you that some sort of car crashed outside; the spot might be part of your restaurant.” (I don’t recall whether I mention the toad.) The guy mutters something about suspecting there was an accident, and says he’s going to get someone.

I’m peeved because I have things to do, but also kind of pleased because now I have this “You’re not gonna believe me…” story to tell. I wait near the register. A customer appears to be paying his bill, but also carries a giant game box. Design-wise, it looks like an old Axis & Allies box, but huge – at least a meter long, and wide and deep, too. It has “Dungeon” in the name, and is clearly some fantasy game. “Hey, is that Dungeon Fantasy RPG?” I wonder, then think, “Naw, it’s a competitor, one of those even fancier boxed games with heavy map boards and plastic miniatures and all that. Something more well-known and popular.” I realize that there’s a room at the front of the restaurant (presumably overlooking the crash site), and that the room is hosting some sort of gamers’ meet – sort of half mini-convention, half special sales event. Since no one from the restaurant is getting back to me, I decide to head in, figuring the restaurant people will still be able to spot me.

Inside, a number of tables are lined up in a tight “U” shape. All very small and cozy – no bigger than a typical meeting room. Lots of games are opened on tables, with a GM or presenter on one side, and a player or two (or empty seat or two) on the other, depending on the game. Immediately, a lone presenter/GM grabs my wrist (in a friendly manner) to get me to sit at his spot – some sort of themed dice game, with a box in dark browns standing in front of the GM’s seat. (Sort of Port Royale-like in appearance, but I didn’t check what it was.) I hold off, as I want to at least see what else is represented there first. I scan the tables, thinking, “Hey, it’d be cool to see Dungeon Fantasy RPG. I’d sit and talk a bit with whoever’s running that.” But I didn’t see it (and don’t recall whether any of the games I dreamt were even real ones).

So I turn to the first GM and start to tell him why I’m there: the crash. Quickly, though, he’s called away by some other gamers (there’s seemingly a hotel to the side of the restaurant; the gamers are staying there, with other stuff happening as part of their mini-con). The GM is walking away; I follow because I want to tell someone my cool story. He goes into an elevator. As he disappears behind people, I have to yell the ending to him: “Know what it was? THERE WAS A FROG ON THE ACCELERATOR!” But I don’t get to see his reaction, or even know whether he heard it, because the doors close on me.

And that’s pretty much it. As I walk back to the restaurant/mini-con, a phalanx of serious-looking police officers go past me, back toward the elevators and hotel, but it seems unrelated to the toad crash. No one from the restaurant ever gets back to me, because I shift dreams there. (Something something sitting at a hotel lobby or restaurant table – so maybe it’s connected to the toad dream? – with several people, including a cool young guy from India (the others at the table were also maybe from India), and I’m looking at an informational tourism map of his home city in India, and asking him dumb questions about it, which he answers in native American English and a slight tone of “Look, I’m kind of busy, why are you bugging me?” I’m about to ask him about a particularly interesting thing on this map – some text claiming that many homes in the city were left by ancient Greek builders – when the dream shifts to a stranger place or two before I wake up.)

Pretty dull. But I think that toad was wearing a party hat, and I’ll high-five myself for coming up with that. So dull or not, here it is, and there you go.