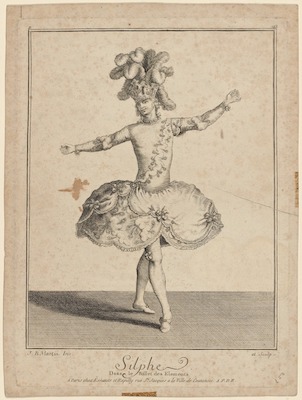 For your character-building pleasure, and apropos of nothing in particular, here are three new Talents for GURPS and Dungeon Fantasy Releplaying Game.

Two Talents are variants on a single physical concept and the other Talent social, but they’re all good for PCs who like to entertain or just stir up fun.

(They’re also pretty simple and obvious ideas; maybe you’ve already come up with similar Talents for your own games?)

Edit 2019-07-15: This article originally had two Talents, Graceful and Life of the Party. Now there are three, as one was a poor buy in DFRPG (containing several skills not found in the game). With that split into two versions, here are three Talents for use in the games.

You move with an aesthetically pleasing fluidity and elegance. Graceful adds to the Acrobatics, Dancing, Performance, and Sex Appeal skills – as well as the esoteric skill Light Walk, which demands delicate, deliberate movements.

Reaction Bonus: +1 by admirers of aesthetics when you have a chance to show off your moves.

Alternative Benefit: Graceful can add +1 to many other skills, but only for the purpose of looking good. For example, the bonus would apply to Skiing or Skating in the artistic portion of a competition, but not to make better time, plow through a tight turn, or avoid a danger.

Reaction Bonus: +1 by admirers of aesthetics when you have a chance to show off your moves.

Alternative Benefit: Lithe can add +1 to many other skills, but only for the purpose of looking good. It will add to Acrobatics, Skiing, Skating, etc. in a competition of aesthetic presentation, but not to tumble past a foe, plow through a tight turn, etc. Likewise, it can add to skills like Performance and Sex Appeal if the GM rules that a sexy strut or other lissome movements would appeal. (Have fun describing the action!)

Graceful can also aid other physical skills, but only for purposes of looking good. Thus, it’ll add to Acrobatics or Skating in a competition of gymnastics or ice dance artistry, but won’t boost rolls to tumble past a foe or skate through a tight turn.
Likewise, the GM can let Graceful add to Sex Appeal and Performance if a sexy strut, lissome movements, or similar physical appeal matters. Have fun describing the action!

In a room full of wallflowers, you’re the fun guy. Take +1 to the Carousing, Dancing, Gambling, Performance, and Singing skills.

And that’s it. Go have fun!