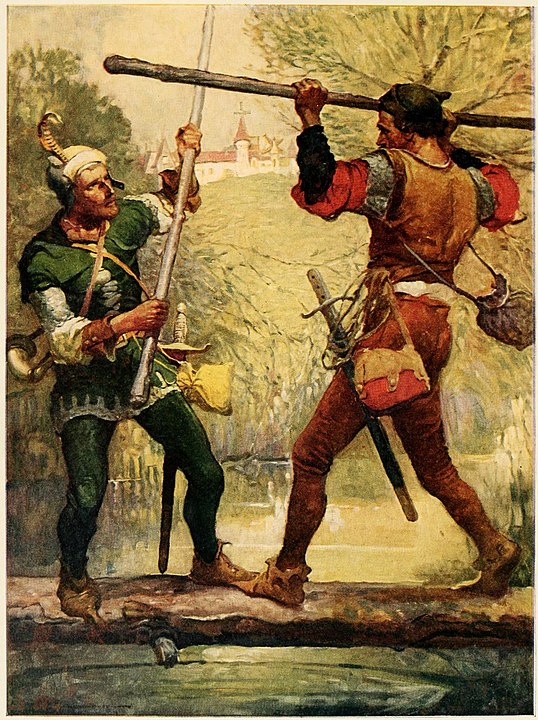 This article introduces Earn It to Learn It, a simple system to link GURPS skill and technique advancement more directly with meeting challenges in play. Inspired by the skill advancement rules in Burning Wheel, these rules provide motivation for seeking out diverse challenges in play, whatever one’s level of ability.

The GURPS model for improving a character’s abilities is straightforward: earn generic character points from the GM at the end of a session, and spend them on improving abilities, paying the point difference needed to attain the desired change in ability. However, for skills and techniques, the Basic Set gives an additional condition: “You can only spend character points to improve skills or techniques that, in the GM’s opinion, saw significant use in the adventure during which you earned the points.” (Adding and Improving Skills and Techniques, p. B292).

In the afterglow following an intense session of play, it can be difficult to recall exactly which abilities were used, and controversial for the GM to determine subjectively what uses were significant. This article introduces Earn It to Learn It, a simple system to link skill and technique advancement more directly with meeting challenges in play. Inspired by the skill advancement rules in Burning Wheel, these rules provide motivation for seeking out diverse challenges in play, whatever one’s level of ability.

In Earn It to Learn It, a test is a success roll attempted “… in a stressful situation where the consequences of failure are significant.” (Base Skill vs. Effective Skill, p. B171). Remember that success rolls should only be made “… if there is a chance of meaningful failure or gainful success.” (When to Roll, p. B343).

A test is rated for its level of challenge, measured by the effective skill used for the success roll. The effective skill takes into account all modifiers before rolling the dice (Base Skill vs. Effective Skill, p. B171), and so is an indicator of how challenging the test is for this character under these specific conditions. The test ratings are summarised in the Test Rating Table, below.

Everyone encounters tests of varying degrees all the time in their life, but a person only learns from a small subset of these: experience must be earned. A test is earned when it counts toward advancement in the skill or technique that was tested.

The player of the character chooses which tests to earn. When the player decides to earn a test, they should immediately record it (with the test rating) against the skill or technique being tested.

A test is earned regardless of success or failure. Although we would prefer to succeed, attempting a difficult task and failing is often just as important for learning something useful!

A test cannot be earned if the character gets no feedback, such as situations listed under When the GM Rolls, p. B344. If the roll was made by the GM but the test does result in feedback, the player can ask the GM for the name of the skill or technique used and the test rating, to decide whether to earn the test.

The GM and players should, before play begins, agree on a maximum rate at which tests can be earned; this rate will determine how quickly characters can advance their abilities through play, and should be adjusted to meet the group’s desired rate of advancement.

A good limit would be “one earned test per character, per scene”. Here, a “scene” is a small unit of a play session, no more than half an hour or so, involving a focused goal such as a chase, a fight, or a negotiation.

Another reasonable maximum might be “one earned test per skill or technique, per character, per session”. A maximum of this sort reflects the reality that a person can only absorb so much new information about a given topic at once.

Each skill or technique can only be advanced one level at a time, by earning a certain number of Difficult and Challenging tests against it.

For skills known only at default (0 points), advancing to the next level requires 1 Difficult test, no Challenging tests. This is compatible with the requirement that “You may only add a skill if you attempted a default roll… or if you spent most of the adventure around people who were constantly using the skill.” (Adding and Improving Skills and Techniques, p. B292)

Each challenge level is distinct for purposes of earning tests; different test ratings cannot be substituted for each other. This reflects the need for differing types of experience when advancing in a skill: a Difficult test is slightly beyond a person’s normal ability, and the experience it provides cannot be substituted with a Challenging test, representing a task far beyond their current ability.

After earning the required tests, spend Difficult tests as character points, one to one, to advance the ability one level. All remaining tests earned against that ability are lost when it advances.

This has the result that Difficult tests earned are equivalent to character points, but for that skill or technique only, and only for the purpose of advancing one level.

An ability can be advanced immediately when the required tests have been earned. The new level of ability is available as soon as the points are spent.

When using the Improvement Through Study rules (p. B292), earn tests as follows: 200 hours of study counts as one Difficult test earned. Once per 200 hours of study with a teacher, the student earns a Challenging test if the teacher succeeds on a Teaching roll.

If using the optional Maintaining Skills rules (p. B294), where an IQ roll to retain skill levels must be made each time a certain period elapses, each Routine test earned during the period grants a bonus of +1 on the IQ roll, to a maximum bonus of +4.

Rewarding a variety of tests

Earn It to Learn It results in characters compatible in every way to those using the Basic Set rules. The difference is only that character points needed for advancing an ability are tied directly to the tests made against that ability.

The goal is to positively encourage the GM to devise, and players to accept, a range of challenges. By directly rewarding characters when they take Difficult and Challenging tests, players have extra motivation to get creative in taking action to raise or lower their chances on a success roll: taking less time or being more careful, doing more with less, getting assistance, and so on.

For groups who enjoy dramatic play with all levels of ability being challenged, these rules can provide an appropriate level of tension. Enjoy!