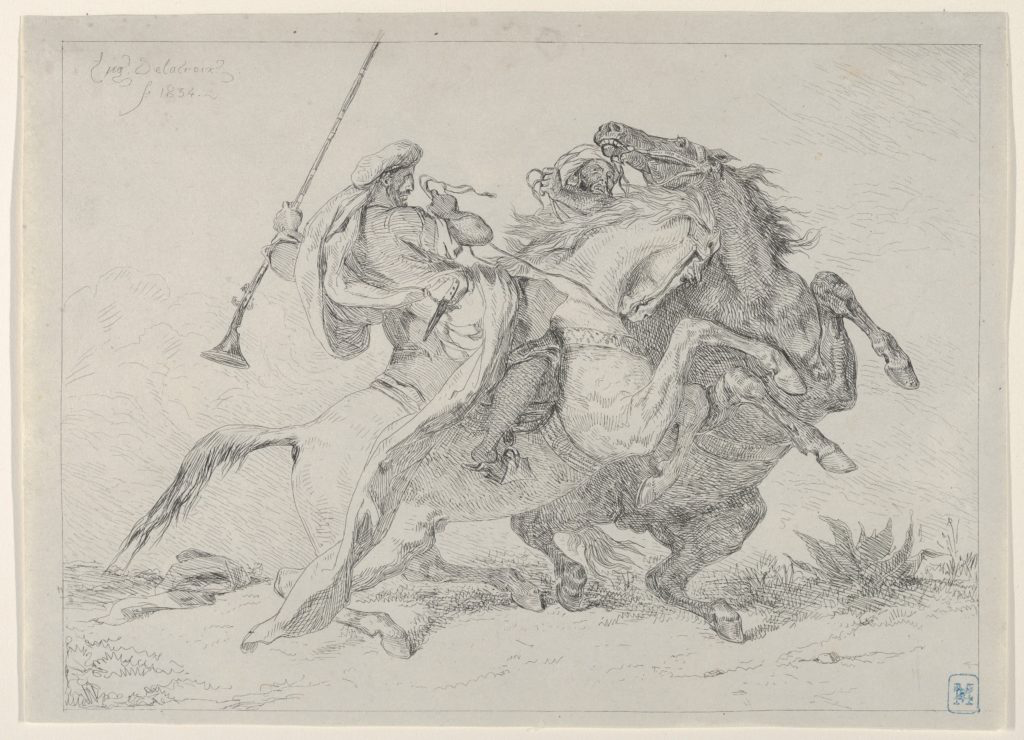 A recent online post gave me the chance to blather on and on about how to handle collisions in a RPG. Regarding the huge damage that GURPS Vehicles would dish out for a 5 mph collision with a car:

Erm, am I missing something here? Because 5MPH is slower than walking pace and should NOT take you to death’s door!

Me to said poster: You are correct to sense something funny here. The Vehicles rule does have a big flaw. Others have made helpful suggestions, but if I can wax pedantic here, allow me to dig to the heart of the problem and set things right.

You can quickly check the robustness of any RPG’s collision rules with the “Earth test”. Say the PC falls off his second-floor patio and plummets to the ground. How many dice of damage does he take?

Let’s see, that’s a collision with a 6.5 x 10^21 ton object… Whether the rules inflict damage on PC based on the colliding object’s mass or on its HP (per Vehicles‘ rule), we’re talking… how many millions of dice of damage here?

Here’s where every set of RPG collision rules I’ve ever seen gets it wrong. RPGs always base the damage taken by an object in a collision on:

This doesn’t always work well, typically resulting in ridiculous damage when colliding with big objects at low speed (per your 5 mph example).

An RPG that wants to do collisions right needs to base the damage taken by an object in a collision on:

(Yep, its own mass. That’s the shocker, but it’s correct.)

In GURPS, the above rule would suggest X dice damage per mph of speed change, and a damage multiplier based on the item’s own mass.

This method always produces good results. Take the Earth test. Falling off a cliff and hitting the Earth at Y mph, any object will stop instantly; change in speed is the same as impact speed, and gives your base damage dice.

A human PC will then use some damage multiplier for human mass (not the Earth’s mass!). A mouse falling off that cliff will use a tiny multiplier for mouse mass and may be harmed little, which is realistic. A truck will use a huge multiplier for its own great mass, and will be twisted beyond recognition. Which is what happens when trucks go off cliffs.

Last example: 5 mph collision between truck and human. Again, no effect on truck. And little effect on human either – low damage dice for a mere 5 mph change in speed, times a small multiplier for human mass (not truck mass). That gives the results you’re looking for.

(Of course, that ignores the human being run over by the truck. Crushing from huge weights is a separate matter…)

So, that’s collisions done right. If you want to see a fully worked-up system for GURPS, head to Collisions. You might want to modify or simplify that for your own use, but as long as you get the basics right, as explained above, you’ll get reasonable results.