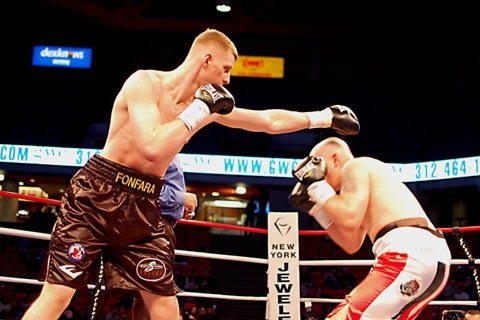 Ducking your head beneath a blow, or pulling a hand out of harm’s way, is much easier than shifting your whole body in a split-second. It’s simple to game this in GURPS.

Allow a +1 bonus on Dodge when the target is a mobile extremity: head, arm, hand, wing, tail, antenna, and so on.

The target part should be able to move reasonably freely and should have a -2 or greater TH mod for location. The body or vitals don’t receive the bonus, nor do legs or feet supporting the body. (A flying bird’s dangling legs would be a different matter; they’re mobile extremities in the same way an arm or wing is.) A human head gets the bonus; a crab’s head (no neck!) would not.

The defense bonus helps safeguard mobile targets, which are particularly vulnerable to attack by virtue of lower HP, lighter armor, or (in the case of the head) vital importance. It’s realistic, too; watch how much more quickly a boxer can pull his head back from a punch than he can move his whole body.

Allow the mobile extremity bonus for legs or feet supporting the body, on a successful Jumping roll. (Or, for another take on this, use the Acrobatic Dodge rule, but let Jumping replace Acrobatics if the target is the legs. Make that Jumping +2 if the target is the feet.) That’s the classic “jump over the sword” move for swashbucklers atop tables!

If the defender takes a Dodge penalty for encumbrance or any other loss of overall mobility, halve the penalty (round down) for body parts that receive the mobile extremity bonus.

Example: Extra-Heavy encumbrance leaves you with -4 on Dodge when an attack targets your body. But a Dodge to move your head or arm out of the way of danger suffers only a -2, and gains the +1 for a mobile extremity (for a net -1).

Vary modifiers as appropriate. An adventurer with feet stuck in quicksand might take a -2 penalty on overall (i.e., torso) Dodge and half that for the arms and head (which also enjoy the mobile extremity bonus), but an overall -4 for his (fairly immobilized) legs. (His feet, meanwhile, shouldn’t be able to dodge at all, though they may be safe from attack by virtue of being submerged in muck. But whatever the target, don’t forget that retreat isn’t an option for this fellow!)

Optionally add another +1 Dodge bonus for extreme mobile extremities: hands (not arms), feet (not legs), moveable antennae (not head), and so on. As a rule of thumb, if it’s on the end of a mobile extremity and has a -4 or worse TH modifier for location, it gets the extra bonus. (A human head doesn’t count, but a small head on a long neck might.)

Add another +1 Dodge bonus for the face (not entire head) or parts of the face. This is not a mobile extremity bonus; it’s a bonus for the natural flinch reflex.

More specifically, the target location must have eyes and the attack must come from within those eyes’ field of vision. For weird non-humans, you may need to replace “face” with body, tentacles, or whatever parts are studded with eyes!

If your game wrestles with high-skill characters who are too fond of combat-ending eye shots, this option can help rein them in.

This rule expands a bit upon “Dodge basics” from GULLIVER LITE.

There’s not much to this one. Go forth and duck, bob, and slip your way to safety.