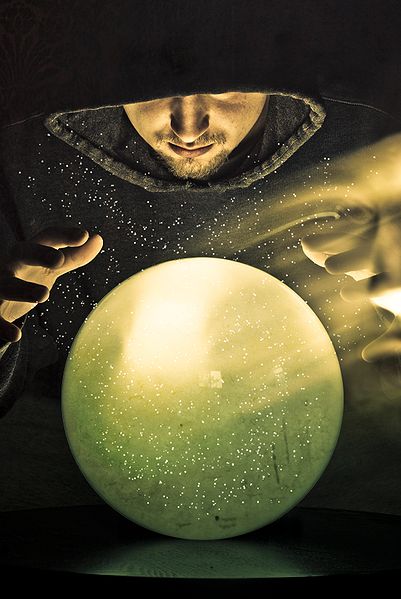 GURPS was long funny in that it offered skills for each and every specific application of magic (i.e., hundreds of spells), but no skill to cover a mage’s overall understanding of magic itself.

Such a skill – name it Magic for simplicity – both fills that gap and lets you fine-tune magic in your campaign, in at least 10 fun ways. This old article was written for GURPS 3e; its Magic skill is at least partially covered now by the Thaumatology skill that later appeared in GURPS Grimoire and then Basic Set 4e. Still, the notes may hold a new idea or two for your 4e games.

Create a skill named Magic (M/VH, with bonuses from Magery and the same bonus as spells from Eidetic memory). It’s learnable only by mages and defaults to IQ-7.

Now comes the fun part: Decide what Magic skill does. There are endless possibilities for use in enhancing or limiting magical abilities; below are some ideas. Pick and choose freely from among them to get magic in your game working the way you want.

No overall experience with the basics of magic? No spell-casting. Make Magic-12 a prerequisite to learn spells.

To control access to particularly powerful spells, set higher levels of Magic as a prerequisite.

A replacement for or addition to the above: Use Magic to limit spell levels. No spell level may be higher than Magic level. This keeps mages from cheaply buying up one spell to abusive levels.

Use Magic as a mage’s roll to sense magic. In GURPS, the most experienced, ancient mage has the same base roll (IQ or Perception, + Magery) to sense magic as does the greenest apprentice. Granted, ol’ Merlin’s IQ is probably higher, but shouldn’t experience count for something?

Use Magic instead, and the crusty old wizard’s years of experience now make a difference. Meanwhile, the newbie who hasn’t yet learned he’s a mage will have just enough default Magic skill to sense odd things once in a while, far more so once he actually receives instruction.

Use Magic as the “research roll” for creating new spells and the such. This makes a lot more sense (under most fantasy campaign concepts of magic) than 3e’s use of the same IQ+Magery base roll for both ancient mages and first-time casters.

Use Magic for any roll to test “understanding” of magic. With rolls against both Magic and the spell being cast (perhaps along with extra casting time), you could insert a bit of “improvisational” magic to tweak standard spells in minor ways.

If you feel that the added requirement of Magic skill is too harsh on mages, let Magic include some freebie, such as skill in one spell (Aura is a good candidate). Or let Magic/10 add to all spell levels.

But improvable magical sense and “research” rolls are really benefit enough for the point cost of Magic.

Allow Magic to boost effective level of Magery for purposes of spell requirements. For example, Magic-10 to 14 makes no difference, while Magic-15 to 19 lets a mage learn spells that require Magery one above her current level of Magery, Magic-20 to 24 treats her Magery as two levels higher, and so on. Meanwhile, Magic-5 to 9 would effectively reduce Magery by 1 for purposes of spell requirements.

Alternately, for each level of Magery below that required to learn a spell, give the learner a -5 or so to Magic and spell skill with regard to that spell. The Magery 1 wizard could learn a Magery 2 spell, but at -5 skill.

Whichever the rule, go ahead and learn those tougher spells they told you you couldn’t handle! With something as infinite as magic, shouldn’t grim determination be able to overcome birth limitations?

Let non-mages learn Magic and spells at a -5, for a world in which only a chosen few (the mages) are truly skilled with magic but anybody might learn a spell or two with great effort.

Use Magic as a wizard’s skill with the language of magic, should it be necessary to know that. (Obvious use: can Zartoff read that scroll he’s found? Now we have something to roll against.)

Call this skill Thaumatology, and hey, it’s now in GURPS Grimoire and the Basic Set 4e! Read the descriptions there, and add any of the ideas above that you like.