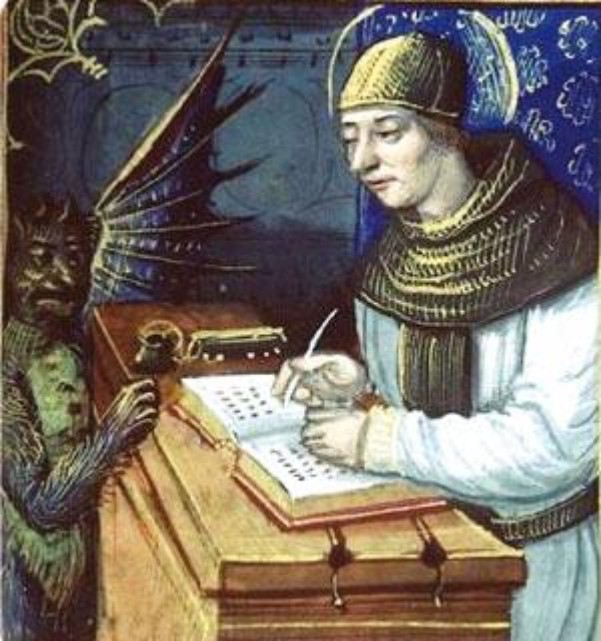 Hi again! Following up from Part I, here’s another ladling of goo from my big, mouldering pot of ideas for gaming-related articles.

I go heavy on the Fantasy-oriented ideas this time; sorry, it’s the mindset my latest game play has left me in. Most can be easily sliced and diced into fare for Sci-Fi and other backgrounds.

Examples: What’s the value of extracted Frost Snake venom, a Giant Rat pelt, a Basilisk’s mana organ, or a web of Giant Spider silk? Are some monsters even good eatin’? For PCs who really want to extract every copper coin’s worth value from a dungeon, can you set a simple, per-pound price for mundane “monster scrap” – Minotaur horns, giant bug shells, etc. – of interest to scholars and weird collectors, if no one else?

List a few things you love about being the GM / DM / referee. It’ll give new gamers some ideas on how to play well, and will inspire players who are pondering that scary jump into first-time GMing.

The flip side of the coin: the long prep, the inattentive players, the die roll fudgers. As above, new GMs could learn a lot from the pitfalls you’ve found and the ways you’ve dealt with them. Long-time GMs will just enjoy commiserating.

If you use GURPS Martial Arts or similar detailed fighting rules in your game system, write up a few detailed combat moves that have worked great for the pummelers and swashbucklers in your scenarios. For GURPS, a great choice is some ready-made Combinations – they’re easy to write up, and perfect for quickly individualizing a fighter or a martial arts style.

Some games offer lots of nice suggestions for the effects of critical successes and failures with specific skill rolls or tasks. GURPS is a good example, although only combat attacks get full tables that yield a bunch of results. Why not expand on the idea? Make similar tables for other commonly-used skills or tasks in your game.

Examples: Enhance the Survival skill with tables of the many things that can go particularly right (you find useful items, gain insights worth bonuses on future rolls, etc.) or particularly wrong (you lose/break items, meet unexpected hazards, etc.) in the wild. For more detail, a separate table for each environment could be fun. On the combat side of things, consider a modified Critical Hit Table just for flails (boost the odds of the user hitting himself!) or just for too-heavy weapons (boost the odds of falling down).

19. Detailed critical results with magic (or How I Got This Second Head)

Detail the unique effects of unusual success or failure with common or fun spells. As an example, GURPS has a fine Critical Spell Failure Table for magic in general, but how about customizing failure and success results for favorite spells or types of spells?

Example: Make a chart of new complications for a critical failure with healing spells (including bad effects that can be lessened if the caster has actual medical knowledge). Even better: unique Summon Demon charts that detail critical success (“Ooh, a 7 on the table… It brings me gifts!”) and critical failure (“…a 16… my pentagon disappears!?”). Ceremonial and other special types of magic could also use unique charts.

20. “That’s Gnoll Commander One-Fang, Sire of Hundreds, Slayer of the Crimson Wyrm, to you, buddy”

Pick a weak foe that always invites sneers from PCs. Write up the perfect ambush scenario to adjust their attitude. Puny Kobolds who waylay the party with devilish traps and well-placed snipers create a more memorable session than mighty Ogres in a straight-up fight.

“The cave bear guards a +4 Falchion of Devil Slaying, and a… Hm? Why? Because… uh… someone left it there.” Bleah. Write up a treasure horde with a cool magic item – and a backstory for why that precious enchantment lies in a dank monster den. This is especially useful for GMs creating an item-recovery quest.

Pick a game monster or animal, and flesh it out with physical and behavioral quirks – not powers and stats, but traits that are just interesting.

Draw ideas from real creatures. In terms of stats, a cat boils down to “small mammal” – but beyond that, there’s the curiosity, cleanliness, toying with prey, caterwauling, stealth, balance, safe landings, legendary associations with luck and witchcraft, and many other features of note.

Even a creature as insignificant (stats-wise) as a frog or toad is full of interesting quirks: Metamorphosis from tadpole, ballooning throat, loud voice, long jumps, long tongues, periscope-like eyes, defensive urination (yep, been there), need for moving food, burrowing, hibernation, and, for some species, crazy colors, highly poisonous skin, suction-cup toes, glider feet, or unusual care of young (kept in mouth, on back, etc.). In various cultures, the creatures may have associations with warts, hedge medicine, magic potions and familiars, and/or weather prediction; for such innocuous animals, they also feature a lot in fables and fairy tales.

There’s no need to get that detail-rich with game monsters and animals, but even a few such traits will make encounters more interesting.

Especially in a long-ago or pseudo-medieval world, people’s behavior should be hugely governed by beliefs. Pick a game society (nation, city, Kobold tribe, etc.). Write up superstitions or beliefs that PCs will encounter (or even hold). A mix of high-impact beliefs (“Adventurers who fight Undead are cursed and must not enter the city”) and trivial ones (“All deals should be marked with a handshake and a rousing song”) brings lots of life to individual cultures and locations in the game.

A Fantasy gazetteer may tell you what Elves think and believe, but what do they do when not penning nature poetry or shooting Orcs? Pick a game society or a game religion. Write up associated practices and actions that characters will encounter in that community: the daily rituals, special festivals, milestones (weddings, funerals, etc.), common vows, etc. These add lots of color to otherwise-generic locations and faiths, and create events on which GMs can hang plots.

Pick a game society, city, etc. Write up some notable laws that have consequence for PCs (e.g., restrictions on sword lengths; Teamsters’ Guild monopoly on transport by wagon) or that just add color (e.g., prohibition against fur clothing for non-noble men; huge marketplace tax on ducks). Search for examples of real-life crazy laws for plenty of inspiration.