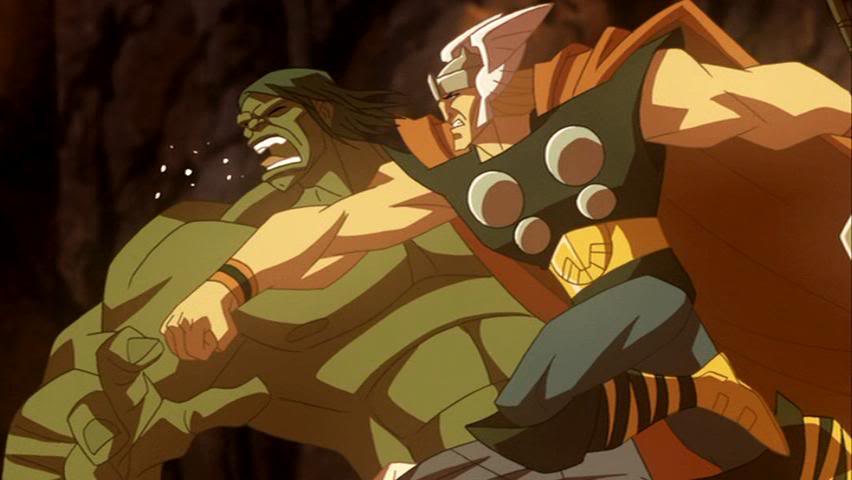 What’s wrong with GURPS‘ table linking ST scores to thrust and swing damage? Nothing! It’s done its job for over 20 years, and so far no one’s gotten hurt. (Except all those on the target end of ST 14, 2d swings, of course.)

But a little thing like “it works well enough” never thwarts the compulsive rules hacker! Nay, the tinkerer’s quibbles must out.

First, wouldn’t it be swell if damage followed ST in a neat, linear relationship? (Necessary, no; nice, yes.) That’s certainly not the case now, where neither thrust nor swing damage follows any observable pattern connecting it to ST.

Second, what’s with the relationship (or lack thereof) between thrust and swing values? For a while, swing damage is roughly twice thrust damage (clearly so at ST 14 and ST 22), but then begins to increase more slowly, until it tops out at only thrust+2d for very high ST scores. That means the higher the ST, the more that thrust and swing become effectively the same thing.

Below is an optional reworking of the damage table that addresses both of those quirks with clean, easy-to-remember damage values. The progression is so regular that you’ll only need a small subset of the table on paper or in your head, with all other values computable on the fly!

If there’s one noteworthy change the table makes, it’s in modestly higher damage stats for the typical PC ST range (ST 10 to 20 or so). If you like that effect, great! If not, see Variants and Options below.

That’s all there is to the rule. Some under-the-hood notes on the table’s structure follow:

Thrust damage is a clean 1d per full 10 ST. Damage values in between are interpolated as they are in the original table, with the addition of “-2” and “+3” terms for extra precision in smoothly-scaling average damage values.

Printing (or memorizing) thrust damage for ST 10 through 19 is really all you need to get damage for any higher ST score!

(Why was this multiplier of 1.5 chosen, and is it ideal? See Designer’s notes below.)

Alas, low ST isn’t as amenable to an easy progression in GURPS. The table sets arbitrary but workable values for thrust, and uses the above approach to set swing.

The below provide quite a kitchen-sink toolkit for tweaking ST and damage. Shake or stir to your liking!

If you don’t like the new “-2” and “+3” terms the progression adds for smoothly-scaling average damage, you can drop them as follows:

The result is a slightly stretched-out version of the same progression used in GURPS. It’s very simple to remember and extrapolate.

There’s one obvious point of concern with the new table: While damage values for very high or low ST are probably agreeable to all, damage values smack in the typical PC range do become higher. Only by a point or two, true, but the difference between 1d-2 thrust and 1d thrust is not minor. Is this a problem?

You might like the deadlier damage, in which case you’re ready to go forth and dish some out. Otherwise, you’ll find that the new table works well with rules that rein in damage a bit. Some suggestions:

#2 and #3 are best suited to either/or usage; put together, they’ll reduce damage too much. #1, on the other hand, can be used with just about anything.

You’ll notice nice familiar damage values for ST 10 in that small column, though in PC ranges above that damage increases a bit slowly. In fact, you might want to implement steps to increase damage a tad. If so, some suggestions:

Other uses for the expanded table

Or use small damage as the base for punches (with no further -1), medium for armed thrusts, and large for armed swings. There are lots of possibilities.

Why does GURPS restrict high-end swing damage to only 2d above thrust damage? Only the game’s designers can say, but my guess is this: It’s to prevent Atomic Steroid Man from adding a dozen dice to his combat damage just by picking up a police baton.

However, that was arguably a problem only with earlier versions of GURPS, as 4e contains a built-in check: Effective ST for melee weapon damage purposes is limited to triple Min ST. Thus, our uranium-thewed hero can’t do better than damage for ST 18 using that Min ST 6 baton, which on the New Damage Table is a manageable 1d+3 thrust, 3d-1 swing.

If he wants to wring the most damage possible out of his strength, he’ll have to swing a proper tree. Assuming it’s big enough, 4e’s max damage cap won’t come into play. Using the New Damage Table, Atomic Steroid Man gets a 50% bonus to basic hits for the swing, and the tree itself will offer a huge swing damage bonus that’s presumably larger than its thrust bonus.

The game neglects to tell us the damage bonus for a swung larch. On the theoretical worry that the 50% damage bonus for swings and the timber’s huge inherent damage modifier might combine to something excessive even for a super, the GM could have a theoretical limit standing by (say, swing damage, after all mods, limited to no higher than twice base thrust damage). It’s probably of no concern, though.

Take damage for some ST that’s 10 or higher and is a nice multiple of the under-10 ST score. Roll that damage, and divide damage by the multiple. Round up or down to the nearest point of damage.

Alternately, use the tables below, which do the work for you. For each progression below, roll 1d6. Read the die result across the top and your ST score going down. The intersection is damage.

Damage is calculated as the result of the 1d6 roll (the damage for ST 10), times ST, divided by 10 – all further divided by 1.5 for small damage, or multiplied by 1.5 for big damage, and then rounded. Spiffy.

The revised Toughness option represents resilience from thick muscles. It’s a form of innate, ST-based protection that works as well as DR in shrugging off punches, but is less effective against slashes and stabs.

That rule works very nicely with the New Damage Table. As discussed above, the table boosts the damage dealt by many characters, which can be a concern – but Toughness does a great job of reducing damage received. The two rules balance each other nicely, while you gain the New Damage Table’s neat progressions and revised Toughness’s realism. Give them a try together.

The concept of ST-based thrust vs swing damage stats is arguably unneeded to begin with. It makes sense that a typical weapon will cause more harm when swung, sure, but shouldn’t the thrust-vs-swung differential in impact vary with the weapon, not with the wielder’s strength?

There’s an argument to be made for dropping ST-based swing damage from the game altogether. GLAIVE takes this route, suggesting one ST-based damage score (thrust, though that particular label becomes meaningless), then building extra swing damage into the weapon itself based on its mass, length, and balance. Thus, a light stick will have a small damage bonus when used to thrust, and little or no additional damage when used to swing. A long, heavy weapon, on the other hand, will have an appropriately hefty damage bonus for thrusts, and an even scarier bonus for swings. That approach scales across any weapon size, and automatically yields appropriate results for Atomic Steroid Man whether he swings a baton or a log.

GLAIVE is still written for GURPS 3e, and a full update for 4e would be a piece of work. But take a look if you’d like to ponder a more fundamental rethinking of ST-based damage.

The core of this rule is old stuff, going back to an appearance in GULLIVER for GURPS 3e. It plays well enough, including the pairing with the Toughness rules, but some items under Variants and Options are little-tested or untested. Please report your successes or problems!

1. This rule labels damage with the terms “medium” and “large” for a couple of reasons.

The first is the optional Expanded New Damage Table, which suggests some switching of columns. Using a column labeled “thrust” for swings would be mighty confusing.

A second, deeper reason is the intentional idea to dissociate things from the “thrust” and “swing” labels, and see those columns as what they really are: “less” and “more” flavors of ST-based damage. After all, GURPS invokes both of its damage columns for purposes other than literal thrust and swing actions; why not openly recognize them as two different damage progressions for a wide range of uses (with the option of a third column tossed in to boot, per the Expanded table)?

2. Why does the New Damage Table set swing damage set to 1.5 times thrust? It could use 2 times thrust, as seen in some human-level portions of the GURPS table. But there’s arguably a problem with that: When an edged weapon’s swing damage is twice its thrust damage, thrust can become a nearly worthless option for some cut-and-thrust weapons.

Specifically: Imagine a weapon that delivers straight thr imp, sw cut damage, with no other damage adds. If base sw damage is twice base thr damage, then after the cutting damage multiplier, the swing will deliver 3 times basic thrust damage to an unarmored target. The only way an impaling thrust can match that is with an attack to the vitals, yet that suffers a TH penalty, and even then becomes inferior to the swing all over again if the target is armored.

If we instead lower swing damage to 1.5 times thrust, then thrust finds its niche with this weapon. A swing’s higher basic hits may still make it the only smart choice vs an armored foe, but against an unarmored one, the impaling thrust to the vitals can deliver more damage than the cutting swing, though with that TH-penalty tradeoff. In the end, both thrusts and swings can claim to be the best strike for a given range of situations.

However, that’s a look at one weapon. The picture is more complex for the game’s many melee weapons, with their varied thr and sw damage adds. I explore this in a much later article, Game design musing: GURPS swing vs thrust damage: What’s the difference?. The conclusion I reach there: An ideal ratio of basic sw to thr damage is not necessarily as low as the 1.5 suggested in this article, though it arguably should remain less than 2.

So I should probably update this article to explore new damage tables in which sw damage is, say, 1.75 times or so thr damage, not 1.5 times. Until I work up that ambition, feel free to play with it yourself.

3. Here’s one more small nicety of using a neat damage progression: When rules call for some damage bonus based on number of damage dice, such as +1 dam per die of damage, that bonus will also scale neatly with ST – in this case, +1 dam per 10 ST (for medium damage). It’s a small aid in quickly eyeballing numbers.

Reworking the Damage Table? It’s really a small thing, yet carries a feel of rudely tweaking the guts of the game. Who out there has given this a try? Who thinks it’s just a dumb idea? Share your thoughts!