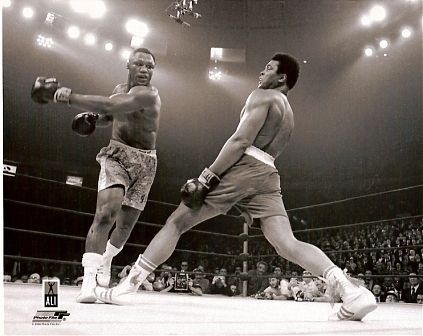 Intro: “Missed me by that much!”

There are two ways in GURPS to “miss” a target with your attack: either fail your TH roll, or have your successful TH roll thwarted by the target’s successful defense roll.

The latter case is easy to understand: the attack was “on target”, but the target avoided it. This article will look at only the former case, the failed TH roll. I’ve always played this as an off-target attack, plain and simple: the bullet whizzed past the target, the sword thrust stopped short, and so on.

But other interpretations float about: namely, the idea that a “miss” might actually represent the attacker hesitating – perhaps failing to see an “opening” – and not attacking at all. I’ve avoided that interpretation, as it creates conflicts with known consequences of an attack. If the “attack” didn’t happen, why is the attacker’s axe now unable to parry, or his halberd completely unready? Why did he fall down from “missing” with a kick that was never made? Why is he suddenly short one bullet, arrow, or throwing knife?

Further, it’s artificial to imagine fighters always “circling” and “probing” in a way that allows hesitation. An enraged ogre, a mindless zombie, or just a hero hacking his way through baddies to reach the heroine slipping off the ledge – none of these would “look for an opening” or otherwise hesitate for an instant.

On any TH roll, melee or ranged:

“Normal” vs “wide” miss has no special meaning in the basic rule here; it’s included as an option for other rules that may be interested in that distinction (see note below on DECIDE).

In short, the rule can be restated as this: If you “miss” a TH roll by 1 or 2, and weren’t making an All-Out or Committed Attack, then instead of attacking and missing, you simply don’t attack.

If you’re a generous GM, let a result of “hesitation” count as a free Aim (ranged weapon) or Evaluate (melee weapon) action instead. The hesitant fighter holds back his attack, but still does something useful!

Using this site’s rules for grazes allows even more interesting outcomes in combat actions. Change the line for “Success by 0+” to these two lines:

If using these rules with DECIDE, a rule suggesting that fighters should often make the decision to defend without knowing beforehand whether an attack will hit or miss:

The rule is of use to gamers wanting more detail in combat turn outcomes – specifically, the occurrence of distinct hesitations in combat. Try it out in a gladiatorial-type fight to see whether you like the effects.

The distinction between normal and wide miss is likely of interest only to GMs using DECIDE (though creative GMs could think up original house-rule effects, such as ruling that any wide miss leaves the attacker unfortunately exposed, suffering an Active Defense penalty for the rest of his turn).

The distinction between hesitation and actually attacking, meanwhile, can have combat significance in any game and might interest any GM, even when otherwise playing by stock rules.

I find the rule fun, especially with the “Biding your time…” option. It’s great for encouraging the Committed Attack option; just as the name suggests, commitment to the attack is the only way to be sure your fighter doesn’t choke!

Your playtest comments are greatly welcomed!

1. The little bit about Committed or All-Out Attack is important, solving the matter of fighters who shouldn’t hesitate. The above-mentioned ogre, zombie, and frantic hero would all use Committed Attack or All-Out Attack, not cautious, semi-defensive regular Attack or Defensive Attack. So would any PC who insists, “When I say I attack, I attack!”

2. Why place hesitation above normal miss on the failure ladder? The intent is that greater degrees of failure should increasingly represent what a skilled fighter isn’t likely to do. Hesitation is less of a “mistake” than is a true miss: if nothing else, it keeps the attacking weapon ready, reserves the missile, and/or prevents some dangerous counter-attacks. A true miss, meanwhile – especially a wide one – is something that a skilled fighter should rarely display under normal conditions.

3. The rules for Hitting the Wrong Target (B389) discuss a “straight line” threatening unintended targets. A wide miss might indicate a very unexpected direction for that line! It’s something for a GM to wing on the fly, or perhaps it’s fodder for future exploration.

4. Note that a result of “hesitation” can be really bad luck for, say, a soldier holding a primed grenade. Remember: When you need to attack without chance of hesitation, use Committed Attack or All-Out Attack!

It’s all simple enough, but it is useful to anyone beside me? What do you say?

2013.03.03: Tiny update. Added “Useful hesitation” option for turning a hesitation into a free Aim or Evaluate. (Thanks to RyanW for the idea!) Cleaned up text concerning optional use with grazes. Added reminder to avoid hesitation while holding a primed grenade…